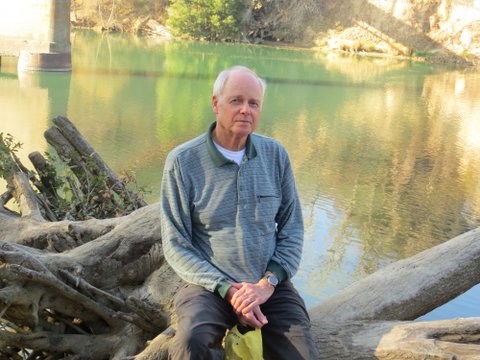 Stephen Green, a veteran of the California Water Wars, was elected president of Save the American River Association at the January 2014 Board of Directors meeting.

Green has resided next to the American River Parkway for 33 years. Then-SARA President Frank Cirill recruited Green for SARA membership in 1985 to assist in stopping development proposals on the Lake Natoma shoreline. They succeeded.

Green has been involved with SARA ever since. In 1995, he initiated SARA's effort to stop residential encroachment on the Parkway at the Fair Oaks Overlook. It took 17 years, a lawsuit, nearly $1 million, and efforts by many people -- especially Tracy Martin Shearer who spearheaded the fundraising effort to buy additional land. The Parkway Warriors finally were able to add 4.5 acres to the Parkway at the Overlook site.

In recent years, Green has served as SARA's vice president and editor of the RiverWatch newsletter. He is one of two SARA representatives on the Citizen Advisory Group for the federal Superfund cleanup of contaminated groundwater emanating from the Aerojet and Boeing properties in Sacramento County. During the last session of the California Legislature, he worked with lobbyists for other organizations to block bills that would have gutted the California Environmental Quality Act.

Green earned bachelor's and master's degrees in journalism at the University of Oregon. He was awarded research fellowships by the Kiplinger Foundation and the National Science Foundation (NSF). The NSF fellowship allowed him to pursue research in the Antarctic.